The rarest of all Al Bowlly's recordings exist on a single surviving pressing, of which only two were ever issued. His recordings of "Dreamy Serenade" and "Torn Sails" are the only tracks on a two-sided 10 inch acetate disc with a Billy Higgs label - this is the story of how they came to be made. 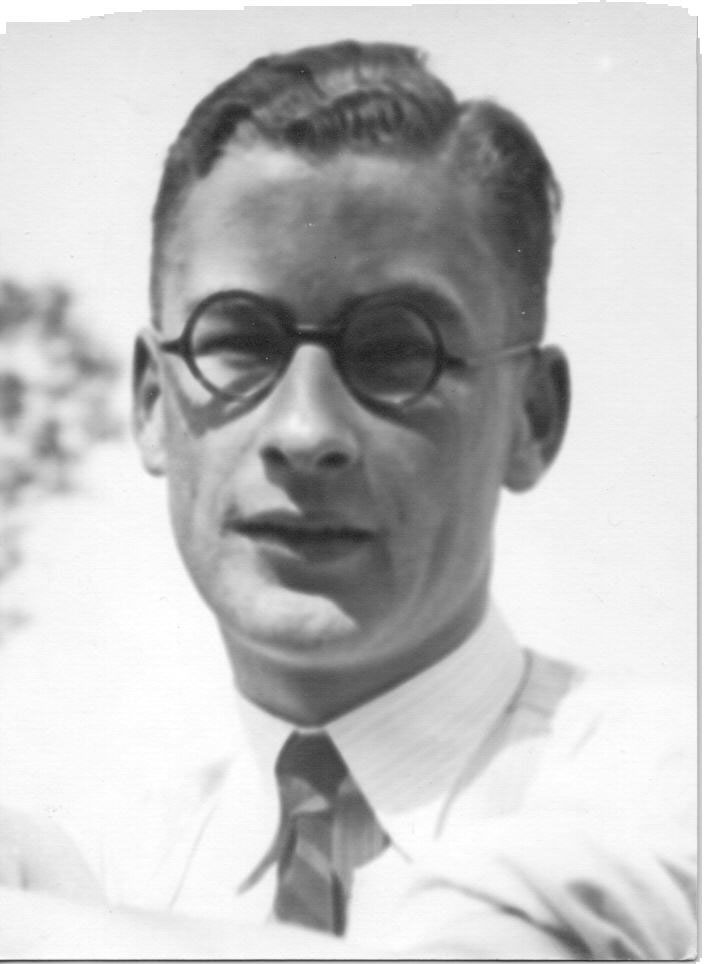 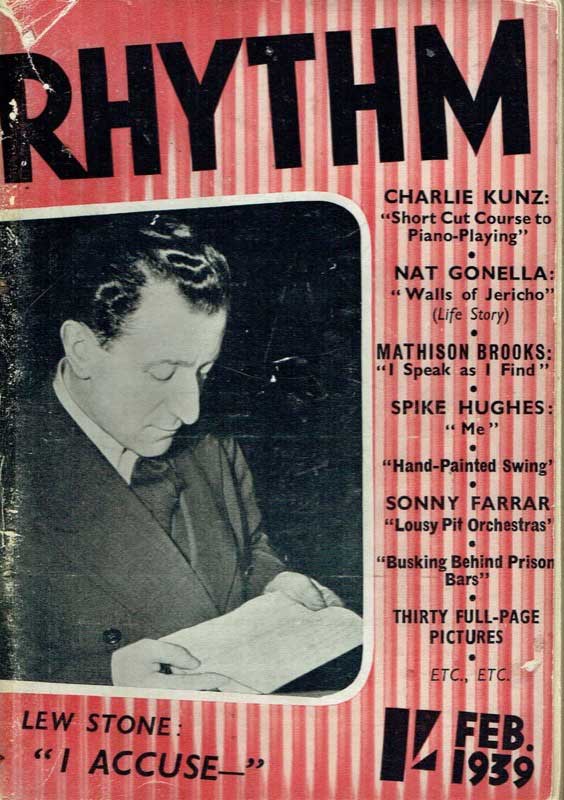 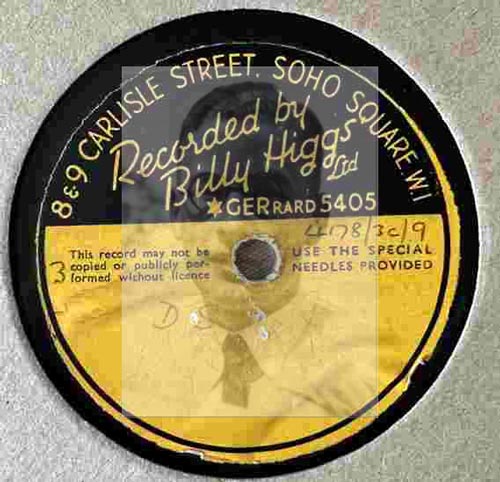 Rhythm was a Jazz magazine published in the UK from 1927 until Sep 1939, after which it was incorporated into Melody Maker. It launched a new monthly songwriting competition with a difference in its December 1938 issue. It invited entries from both composers and lyric writers to send in either the music for a song or the lyrics for one. The winning composer was then invited to write the music to the best lyrics, and the winning lyricist to write the lyrics for the best music. This resulted in two complete songs with lyrics, the prize being their recording by a well-known artist.

It was in response to the January 1939 competition that my father, George Francis Winters submitted his composition for Dreamy Serenade, and John Wilfred Cawthorne separately entered the lyrics for Torn Sails. They were announced as the two winning entries in the February 1939 issue of Rhythm, which described the next steps as follows:

"For the information of newcomers to this competition, this is the reward of success: Mr. Winter's tune is being sent to Mr. Cawthorne to have a lyric set to it, and Mr. Cawthorne's winning lyric is being sent to Mr. Winters. Then we shall have them recorded at the Billy Higgs Studio, with some famous singer rendering them, and the author and composer will each have copies of the records presented to them."

John Cawthorne was unhappy with his lyrics for Dreamy Serenade and later submitted an alternative, but the revision was too late to be used. The recording of the two songs took place in June 1939 and included another two winning songs from one of the other monthly competitions, as described in the July 1939 issue of Rhythm:

"Early in June we at last succeeded in getting Al Bowlly to Billy Higgs' Recording Studios to wax four of the winning songs he had so kindly consented to sing for us. For some weeks previously he had been struggling with a grave throat affection which prevented him from overworking his voice, and it speaks much for his well-known kindliness and co-operation that he seized the very first opportunity he could make to carry out his promise. With Claude Bampton acting as his accompanist he laboured for six consecutive hours to wax the four titles, and nobody could have been more meticulously careful about his work than this wonderful stylist. He was particularly enthusiastic about two of the numbers, Torn Sails and Dreamy Serenade, the first of which he thinks is in grand commercial style and ought to be taken up by some publishing house or other, while the second, he feels, is musically a very clever song indeed, though, maybe, a little too 'arty' for sheet music purposes."

The article continues: "The two other numbers recorded on this occasion were not quite up to the same high grade, but they have features which suggest that the writers possess much latent ability which will develop with more experience. The two songs in question are Just An Ugly Duckling, and Champagne Waltz. Pressings of these records have since been sent to the joint writers, who will, no doubt, be delighted with the magnificent way Al Bowlly has sung them. I hope they will think that the long wait was worth it."

The fate of the pressing of Just an Ugly Duckling, and Champagne Waltz is unknown. However, the recording of Torn Sails and Dreamy Serenade sent to George Winters is still in the possession of the family, and re-mastered versions have been released by Joy Records and Past Perfect.

Rhythm magazine hoped that the songwriting partnerships created by their competition would endure, and George Winters and John Cawthorne did indeed continue to collaborate. In August 1943 they composed "Mother's Little Box of Souvenirs" which they subsequently entered to a competition. The story passed down in the family is that it lost out to the winning and now-famous song 'Cruising Down the River' - the entry would therefore have been to Lou Preager's "Write a Tune for £1000 "competition in 1945, broadcast by the BBC.

George Winters was born in 1917 in Athy, Co. Kildare and was brought up in Galway City, where his father was manager of Higgins Garage. He had an early talent for music and as a schoolboy he acted as deputy organist at the St Nicholas Collegiate Church. His passion was for jazz, and he formed the Carlton Dance Band in 1936 while studying Civil Engineering at Galway University. He entered the Rhythm competition with Dreamy Serenade and composed Torn Sails in the year of his graduation.

He came to England in 1940 shortly after the beginning of World War 2 - he was called up to the Airfield Construction Service in 1943, while continuing his collaboration with John Cawthorne. He managed somehow or other to form a band while on active service. They performed at Lesquin near Lille in 1944, not long after it had been liberated. A photo shows him leading a 10-piece band in army uniform, captioned with the following invitation: "The manager of the 'Moderne Cinema' in Lesquin begs Sir F/L G F Winters to do him the honour to be present at the gala evening on Friday 1st Dec 1944". After demobilisation he focussed on a full-time career as a civil engineer and never returned to songwriting or dance band leadership.

All images supplied by Keith Winters : 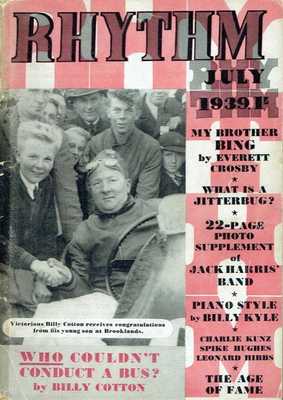 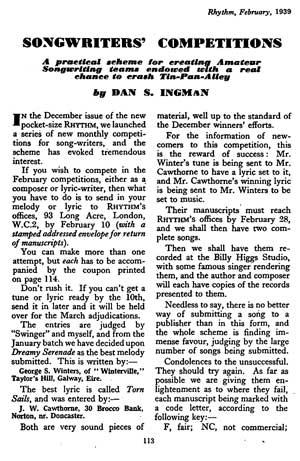 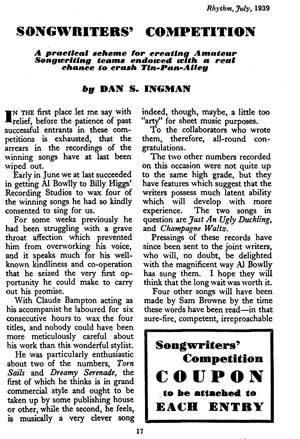 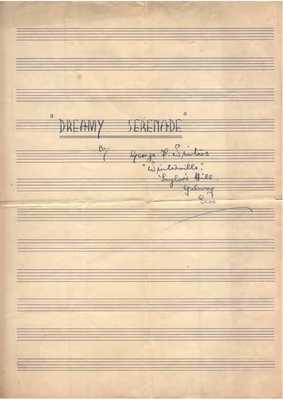 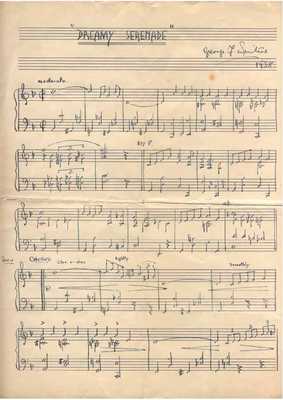 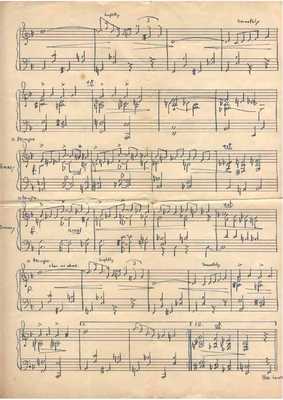 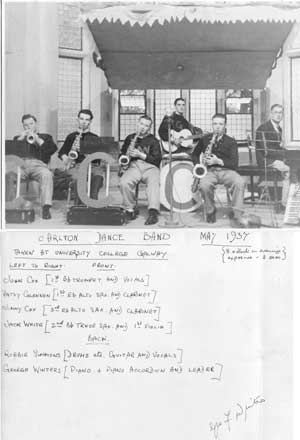 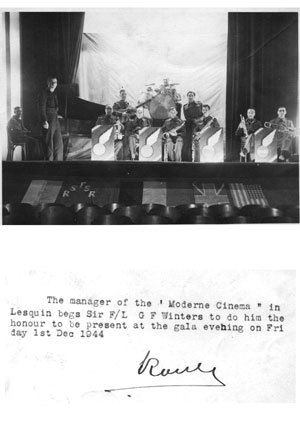