Probably the most elusive of the Dance Band leaders. There is very little mention of Percy Chandler in the music press of the era. The only concrete evidence is of the 20 or so record releases on the budget Piccadilly label. 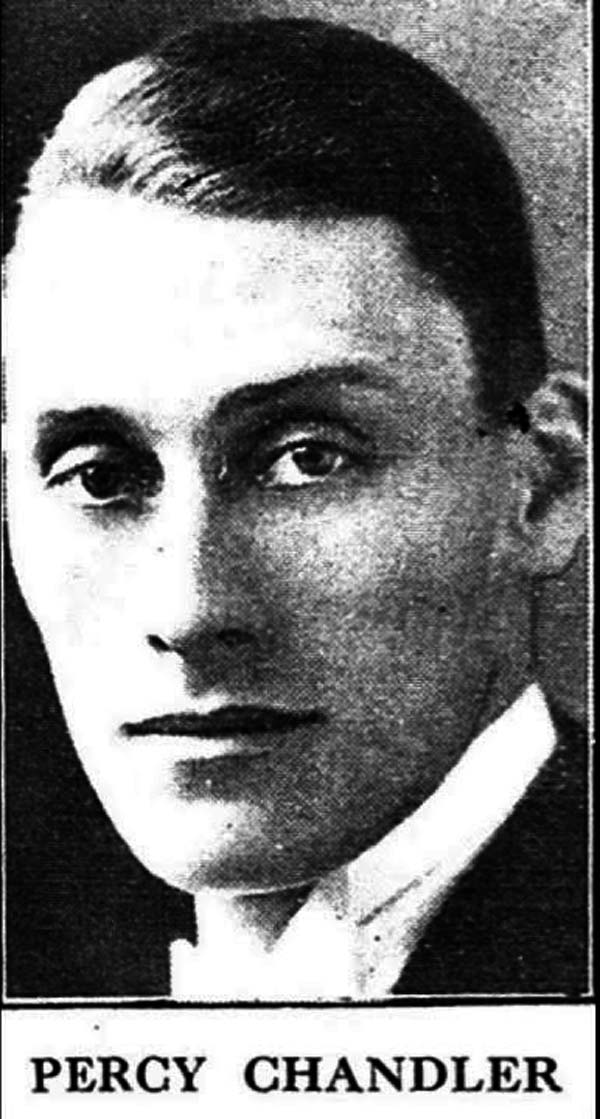 To complicate matters, some of these were released on “sister” labels like Mayfair, Empire and Simcha but under confusing pseudonyms: Cunard Dance Band, White Star Syncopators and Alberta Dance Band. Even more confusingly some other bands were credited as by Percy Chandler and his Band. For example; Howard Godfrey’s Waldorfians appear on the Piccadilly label but when the same takes were issued on the Empire label the band was credited to Percy Chandler.

The Al Bowlly sides released as Percy Chandler and his Band on Piccadilly were: Why Couldn't You?, Tango Lady and Really Mine.

The Al Bowlly sides credited to the Waldorfians on Piccadilly but to Percy Chandler on Mayfair were: Time on my Hands, Got a Date with an Angel and Who do you Love?

Confusing to say the least.

Here is a quick synopsis:

Percy Chandler first formed a Band around 1921. In 1926 he leads the Selma Five, at the Berkeley Hotel, remaining there till 1930.  He then moved to the Quaglino's Restaurant in London as Quaglino Quartette and even did a few broadcasts as Percy Chandler's Quaglino Quartette. From here he moved to Malmaison Restaurant in Mayfair. In 1931 he made his 20 or so recordings for the Piccadilly label.

He retired from the Admiralty as a Third Commander.

Links and info about Percy Chandler